@JeffaCubed here on the WestCoast .: Vancouver, CaNaDa. Just a quick overview post around “sum” of the awe∑_ness I discovered last evening at #WebNotWar .: “Vancouver Edition – Deux”.  A hearty WestCoast thumbs^^ to the gracious folks at Microsoft Canada for hosting the space in conjunction with the fine peeps @WebNotWar, with a special shout-out to Frédéric Harper (@fharper), a Developer Evangelist w/ Microsoft Canada, for MC_ing the event and even being “petits drôles! I can’t remember the last time I was in a room w/ so many “evangelists”, though the last time was likely on some sort of sawmill optimization project in the deep south of the U.S.A ;)

Anyways, I tend to write very s.l.o.w + I don’t have a tonne (Cdn metric tonne…) of time so I’ll just write + share a few highlights. I’ll apologize in advance if I don’t cover everyone who presented last evening. Below are a “triad” of highlights (I like 3’s), in general chronological order: I’ve been using Flickr for a fairly long time. I find that Flickr is one of the best remaining bits of Yahoo! + it’s kinda cool that Flickr was originally developed right here on the WestCoast of Canada.  That being said, while Flickr has come a long way in terms of becoming one of the best photo_banks on the internets, the search-ability + usability, at least for me, continues to be somewhat awkward + cumbersome. I had a gut feeling that Mor10‘s talk would be good, as soon as I made note of Gary Flake’s 2010 TED Talk in his presentation deck: is Pivot a turning point for web exploration? Listening to folks like Morten is one of the primary reasons I’m switching gears + careers, and yet again love working + sharing in the fields of Technology | Imagination | Music . As soon as someone “makes” something that other folks say “can’t be done” .: I’m listening! I won’t get into the technical details of what Morten has built w/ PhotoPivot + WordPress, but I’ll say that it adds an immediate layer of manageability + usability to Flickr! You can find out more about Morten on his blog “Design is Philosophy“. You can also check out PhotoPivot. #HackON √√√

Founder of Sokanu. Heavily interested in neuroscience, economics, culture and design (x4 of my own favourite things as well √√√√). I used to build/develop/manage dynamic sawmill optimization platforms + systems, not exactly rocket-science but pretty dam close. I was good at this, really good, perhaps even exceptional. The major downside, at least for me, was that I did not love to do this. Sure, I got paid very well, traveled to interesting & remote places throughout North America (who else has been to Moose Factory, Ontario?) .: but I never really loved the work, or the industry in general. I’m an artist + scientist + designer all rolled into one, and that “cubed” peg never quite fit in the forest/wood industry paradigm. C’est la vie. Folks like Spencer remind me that it’s OK to step back and take the time to”find your passion in life”. While web 2.0 is/was all about “social”, Spencer is scratching the surface on what comes next for the web, the contextual and/or “web of meaning”. He’s creating a company called Sokanu (another stellar company name!). √√√

Imho, Spencer embodies much of what is needed, in Canada and in the world, moving forwards in some sort of positive economic + human direction. Creativity | Context | Meaning. Those are genuine currencies in the next global economy and I wish Sokanu all the best! When I first heard about Netflix back in 2003 I remember thinking that was awesome, particularly in contrast to BlockBusted at the time. I had a similar sense the first time I visited the #WiseOwls down at Vancouver’s own HootSuite. ⎈ Best of luck Spencer & Sokanu .: we need +more+ startups like yours. #BrainITUp 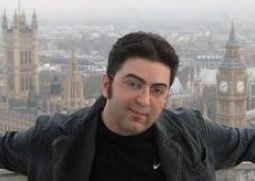 Ali’s presentation struck me as √ awesome as well, particularly the bits around monetizing as developers + entrepreneurs. I have a past-tendency (which I’m working on..) to “give the farm away”. Be that music I create, photography, designs, services, Twilio phones, etc.

Ali had three points (of special relevance for tech entrepreneurs + developers…) that made it into my “Fields Notes” book that I’ll share here:

1. Don’t do everything yourself √

Ali’s presentation included a very memorable slide that went something like this:

That’s all for now folks. A special shout-out and kudos to Miraj Khaled .: @asterix. I’m very fortunate to continually meet some wonderful & kind folks in my life these days (perhaps, to quote Victor Lucas (who spoke @TEDxVancouver this past weekend), it’s because I’m less of a “dick” these days!). On the topic of Miraj Khaled, if anyone in Vancouver is looking to hire a “Community Connector | Business Builder | Networking Ninja“, then Miraj Khaled would be on my very short list. ☄

You can generally find + connect w/ Miraj on Twitter.